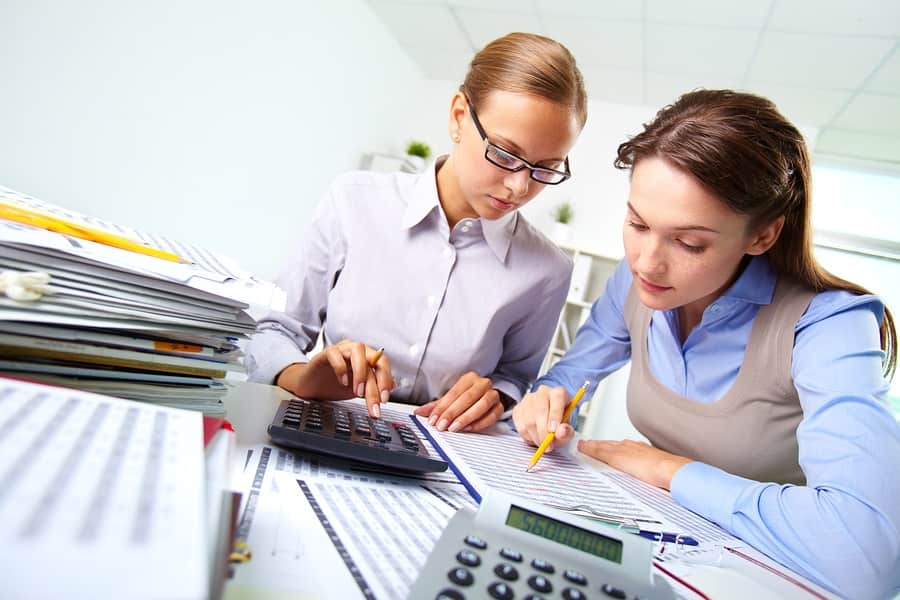 Our other articles:
5 tips to implement HR outsourcing
Age restrictions and regulations for hiring new employees

What is withholding tax?

Withholding tax is an amount that an employer withholds from its employees' wages and pays directly to the government. The amount withheld is a credit against the income taxes the employee must pay during the year. Withholding tax is also a tax levied on income from securities owned by a non-resident as well as other income paid to non-residents of a country.

There are two types of withholding taxes implemented by the Internal Revenue Service (IRS) so as to ensure tax is withheld in one of two diffrent situations:

1. The most common is withholding tax on personal income that all employers in the USA must collect

2. The second, less common one is withholding tax levied against non-residents of the USA to make sure that proper taxes are made on income sources earned within the USA.

Withholding tax is also one of two types of payroll tax. The other type is based on the employee's wages and is paid directly to the government by the employer, and the employee pays the  remainder when he or she files his or her tax return in April each year. If too much tax is withheld, the remainder with be refunded to the employee but if the amount of the withholding tax has not been enough, the person will owe money to the IRS.

Withholding tax is a way for the government to take tax from the source instead of trying to collect tax after it has been earned by residents. This system, created in 1943 came about after it was considered difficult to collect tax if it was not collected at the source. Approximately 90% of estimated incomes taxes are withheld by the government and this ensures that people do not fall behind on their incomes taxes, something that can incur heavy penalties. But on the flip side, the system ensures that a person is not taxed too much throughout the year either. When a person is first employed in a new company, their employer usually makes them fill out an IRS Form W-4, which estimates the amount of withholding tax that will be due.

This same system of withholding tax for non-residents of the USA is also used to ensure taxes are collected effectively and efficiently. All non-residents (who have not yet passed the test for a green card or a substantial presence test) need to file Form 1040NR if they work in business or trade in the USA during the year.

Withholding tax is a necessity for most people that earn money from a business or trade in the USA.

The different types of withholding tax

The list below will give you an idea about the taxes concerned by withholding tax:

The Internal Revenue Service (IRS) administers federal income tax, which employers are supposed to withhold from their employees’ taxable wages. Note that taxable wages are calculated by subtracting employees’ pretax and nontaxable payroll deductions from their gross wages.

Employees who earn more than $200,000 for the year are subject to an additional Medicare withholding tax of 0.9 percent on the excess amount. (Thresholds may vary based on filing status.)

In all other states, employers must take state income tax out of their employees’ taxable wages according to the rules of the state revenue agency.

Some local governments within certain states impose local income tax on employees who live or work in the district. These taxes—which may appear as school district, city, and county taxes—should be withheld according to the specifications of the local tax assessor or state revenue agency. Certain localities in states, such as New York, Ohio, Pennsylvania, Maryland, Alabama, and Indiana, all require local income withholding tax.

Are there any disadvantages of withholding tax?

Sure there are! And here they are:

1. Withholding too much
If the government refunds an overpayment of withholding tax, it means the person paid too much from his or her paycheck. While it is great that the person received money back, they will only receive it the following year or even several years later in some cases, meaning that the person was not able to earn any interest on the money during this time. Some people like to use their over-withholding as a savings plan, but even though this is a good idea, the money overpaid in tax could have been invested... if it had been in your account instead of the government's.

3. Under-withholding
In a way, under-withholding is positive from a financial perspective because it means a person has not paid too much, it can be difficult for people come April 15 if they don't have the money to pay in withholding tax, and especially if they have gone through anything expensive like a divorce, for example, or extracurricular freelance work. They will probably need to pay more tax later on. An unexpected tax bill can come as a shock, especially since the system of withholding tax kind of lets people forget about the whole thing and not worry about having to pay it.

4. Hidden costs
With withholding tax, money earned goes straight to tax as if it never existed (because a person never sees anything of it). A person never sees what they really earned in total, just the net amount. So the withholding tax system makes paying tax painless. But if people could see what the actual deduction of their wage was, they might debate the system a bit more. Self-employed people are not subjected to withholding tax for obvious reasons and do get to see the actual amount they need to pay in tax.

5. Business bureaucracy
There are drawbacks to withholding tax for businesses as well as employees. Withholding tax is individualized so the work of paying out employees has becomes a specialized skill. Therefore, many companies outsource their payroll to special payroll companies in order to limit liability and reduce overall staffing costs. While this practice can lessen the financial burden of increased bureaucracy due to withholding tax, it also put controls of employee paychecks in the hands of a third party, making mistakes harder to rectify.

The advantages of paying tax in this way is that a person does not need to comes up with a lot of money at the end of the year to pay the tax they owe. Also, a person can ask their employer to withhold additional money to cover the tax owed on other income, such as self-employment earnings, the aim being that the person needn't file estimated tax payments quarterly during the year to keep up with tax obligation. If a person overpays tax, they can apply for a refund of the overpaid amount at the end of the year. This savings plan can be useful for paying for large purchases.

5 tips to centralize HR information from your subsidiaries 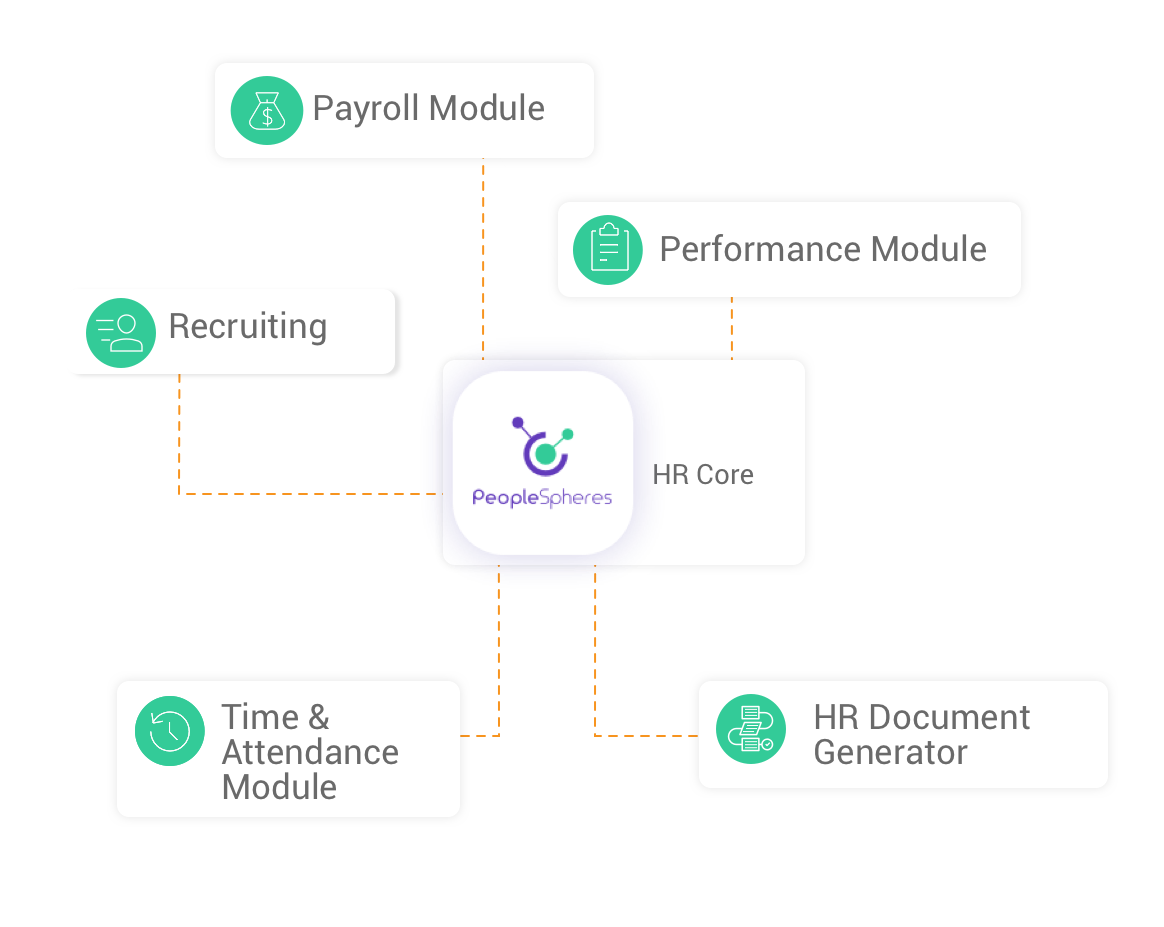 5 workflows to simplify your life as an HR Employee Experience Platform: an asset for your company